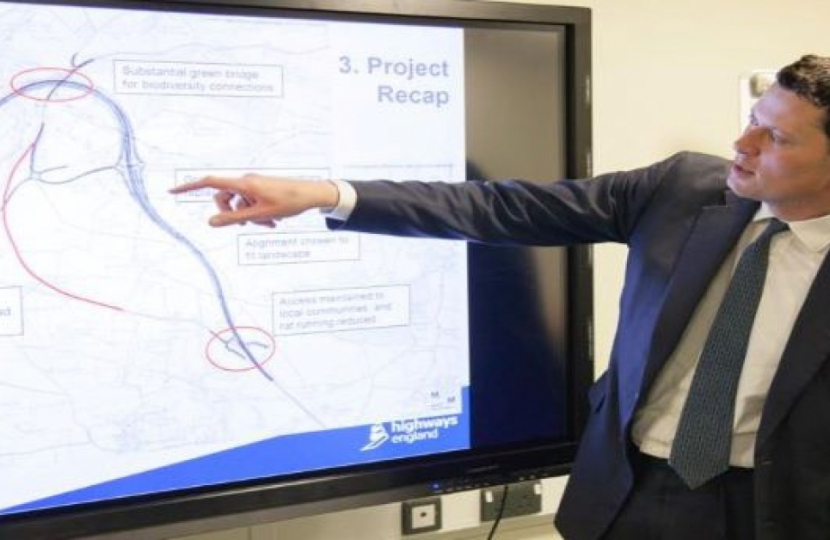 The decade-long campaign to end the A417 Air Balloon traffic misery has reached the most important milestone yet: the grant of the Development Consent Order, which will allow work to begin next year.

Commenting, Alex described the last seven years as "a slog" involving bringing ministers to Cheltenham, public consultation events, over 20 meetings with Highways England - and even raising the issue with the Prime Minister in the House of Commons.

National Highways have confirmed that construction of the A417 Missing Link will begin in 2023.

Alex said: “This announcement represents a major milestone in resolving the A417 bottleneck which has contributed to so many fatal accidents over the years. This project will save lives, cut pollution and boost Cheltenham’s economy .