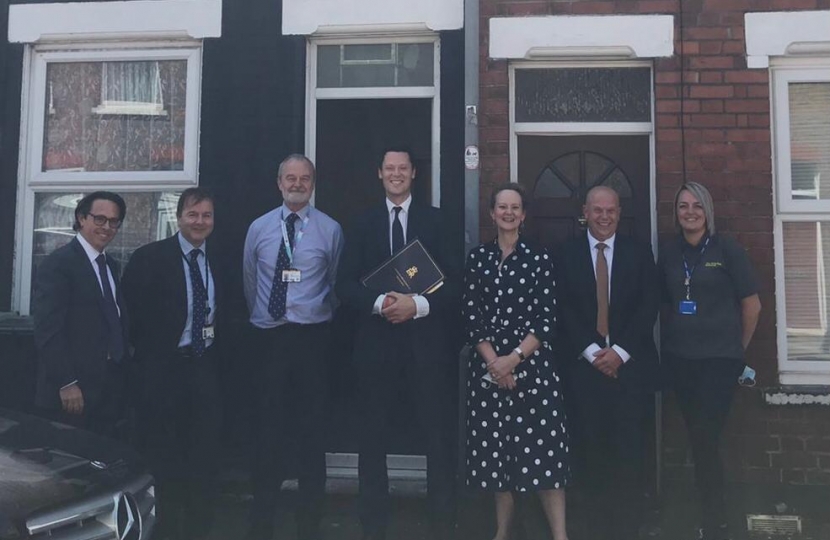 One of my predecessors as Cheltenham’s MP was the much-missed Sir Charles Irving. He served between 1974 and 1992. Even now, 20 years later, people still mention him to me as one of Cheltenham’s best MPs.

Although he didn’t bring it up when I met him as a child, perhaps Charles’ greatest driving passion was for prison reform. He spoke relatively rarely in Parliament, but when it came to the criminal justice system he summoned great force and eloquence. He loathed capital punishment (rightly in my view) and championed effectively the cause of prisoner rehabilitation.

So I hope he would have welcomed the ground-breaking initiative announced this week that I am helping to roll out – a guaranteed twelve weeks accommodation for prison leavers.

This landmark pledge, piloted in several probation areas across England and Wales, will mean that offenders released from prison will have the security of knowing where they are going to stay for the next three months.

By taking this step, at a cost of £20m, we will end the cycle of some prisoners being released into homelessness – and we will provide the foundation for offenders to address the other barriers that may exist to their rehabilitation, such as drug addiction or relationship issues.

It will also help ex-offenders to get a job. Research tells us that people with employment are 9% less likely to offend. Given that reoffending is estimated to cost society £18bn a year, even a small reduction makes a big difference.

To support this new policy, we are driving up the number of probation officers by 2,500, and the civil service has committed to taking on 1,000 prison leavers by the end of 2023.

This isn’t about going soft on offenders. On the contrary, we are recruiting more police officers to keep the public safe, and we are hitting our targets here in Gloucestershire.

But protecting the public means helping ex-offenders to turn away from crime, and we are determined to provide the means.

I think Sir Charles would have approved.