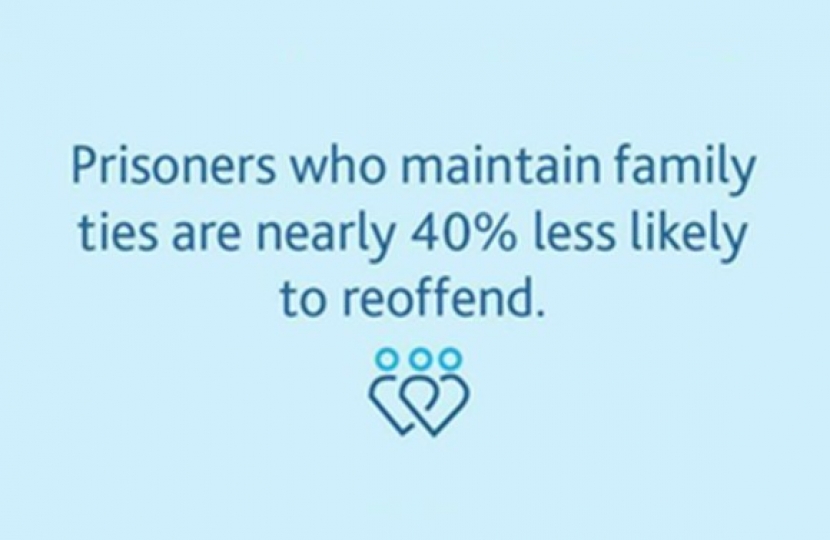 Alex has announced additional funding to help prisoners and their children to maintain family ties.

The announcement comes after research found that offenders who maintain family ties are nearly 40% less likely to reoffend.

Alex said: “We know that keeping in touch with those closest to us can play a huge role in our wellbeing, and that prisoners who maintain those ties are much less likely to reoffend.

“Evidence shows that offenders who maintain family ties are nearly 40% less likely to reoffend, demonstrating the role families can play in keeping the wider community safe.

“That’s why I was pleased to announce that more than £120,000 has been awarded to the charity Nepacs, who do fantastic work in helping children who want to sustain a relationship with a parent in prison, to stay in touch and helping cut reoffending from prisoners.”