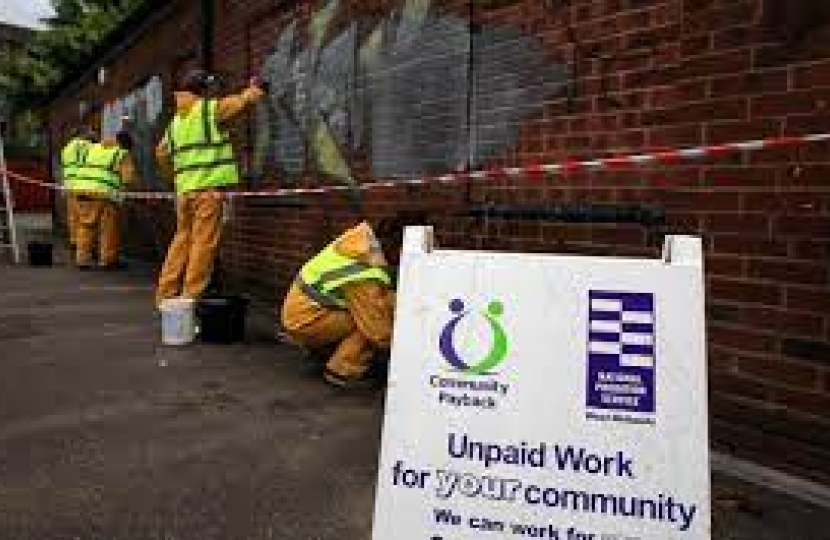 Unpaid work is the main form of punishment handed down by courts as part of community sentences.

Alex has announced plans to overhaul unpaid work to ensure that it is visible, credible, local and paying back to the communities that have been most directly affected by the relevant crime.

Alex said: "It’s essential that the public can see with their own eyes that such punishments genuinely pay back to the community that has been affected.

"A lack of visibility damages public confidence in the justice system. It can contribute to the assumption that an offender who receives a community sentence has somehow “got away with it”, and that justice hasn’t truly been served. Only then will community sentences be seen as a credible response."

You can read the article Alex wrote for The Telegraph by clicking HERE.