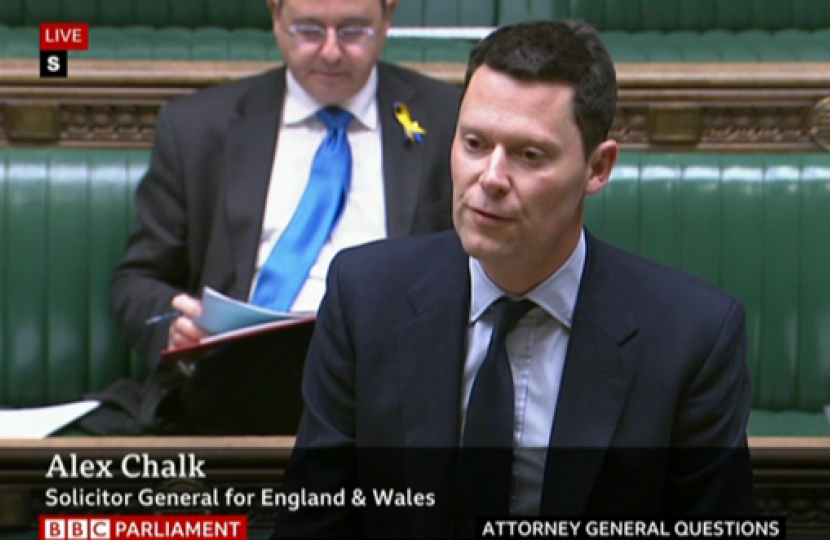 As Solicitor General, Alex has taken steps to authorise a package of draft emergency legislation to come before Parliament, including the Economic Crime Act.

The Economic Crime Bill received Royal Assent on Tuesday, after Parliament sat beyond midnight to ensure the measures became law. As a result, new sanctions have been introduced less than 24 hours since the legislation was enacted. The UK has now designated over 1,000 individuals and entities including 69 oligarchs with assets worth over £145bn and 386 Duma members – more than any other nation.

These sanctions follow on from the earlier action taken against many other oligarchs with links to Vladimir Putin such as Roman Abramovich and Oleg Deripaska.

Alex said: “There is absolutely no room for illicit finance in the UK, and by bringing forward this Economic Crime Act at unprecedented speed we’ve put Putin, and the corrupt elites propping him up, on notice.