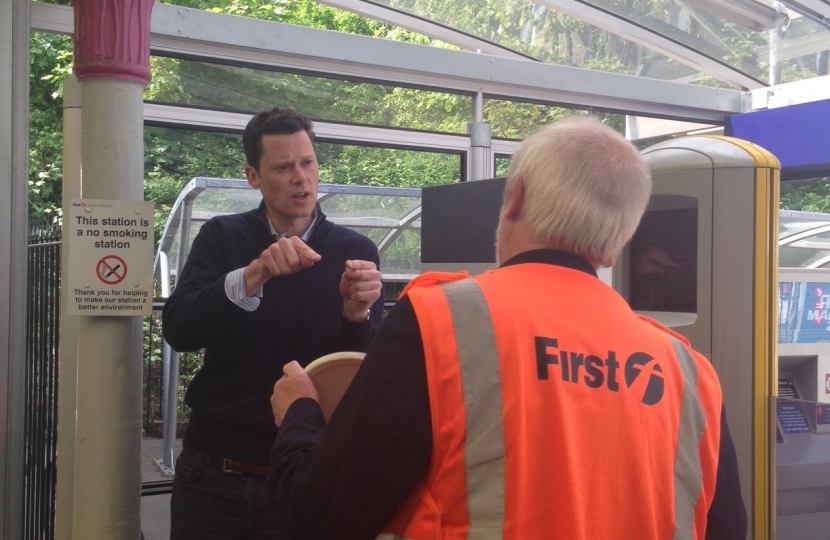 Like many people, I often use Cheltenham Spa station. It's a crucial piece of infrastructure for our local economy, and we need to make sure that Cheltenham Spa benefits from future investment - both the station itself, but also improved lines and services.

Speaking to station managers, I realised that it is about time that money was invested to spruce up the station inside as well as improvements to parking and public access. These issues need to be addressed, not least the leaking roof which is leaving unsightly stains on the walls.

One positive was to hear more about the rail enhancement project from Swindon to Kemble. Government investment means that Cheltenham will benefit from increased train capacity, meaning that there  will be more trains heading towards London and Reading. Improvements to infrastructure like this will hopefully lead to faster, more efficient travel down the line. Conservatives in central government as well as in Gloucestershire deserve credit for the work they've dedicated for making this project happen! Now I'm just impatient for the work to finish!