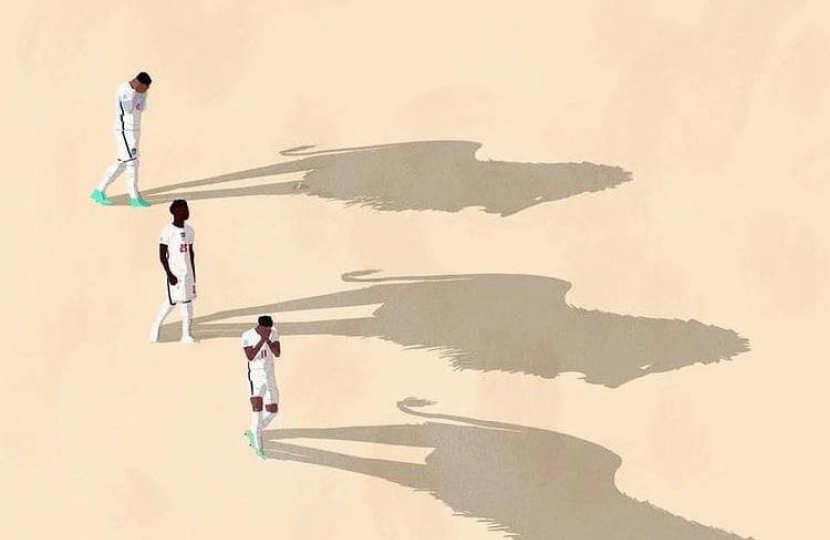 ‘Some people believe football is a matter of life and death. It is much more important than that’. The great Liverpool FC manager Bill Shankly may never have actually uttered those words, but the line is much quoted anyway.

It resonates because sport – particularly our national game – reaches far beyond actions on the pitch.

For those 90 minutes, those who wear the national shirt represent our nation. In a way, they represent its values too. I have always wanted us to be a country that competes bravely – that tackles hard, and shows guts – but plays fair. Diving, also known as cheating, should not be for us.

And in this Euro 2020, the England team has done us proud. On top of their skills on the pitch, they have conducted themselves with dignity and decency. And Gareth Southgate has been so impressive – a calm and measured guiding presence.

Contrast that with the sickening racist abuse that we have witnessed on social media from so-called fans, directed at Marcus Rashford, Jadon Sancho, and Bukayo Saka. Some of it, as the manager indicated, may be from abroad. But we can’t deny that there are those in our own country who are prepared to degrade and humiliate people on account of their race.

It’s obscene, and they must never be allowed to define our country. So I want to see a robust and uncompromising response. First, they should not be welcome as England fans, and there should be life bans from entering grounds. Second, the Metropolitan Police should make arrests if laws have been broken. And third, social media giants need finally to pull their fingers out and act more promptly to stamp out abuse and ban accounts.

In Parliament, I am responsible for implementing the Lammy Review, to address racial disparities in the criminal justice system. It is a duty I take extremely seriously, and we have made great strides.

Let the lasting legacy of Euro 2020 be this: we recommit ourselves to the values of courage, determination and fair play - and we reject with one voice the prejudice of racists.

Alex Lobbies PM for Support for Cheltenham, Schools and Cyber

Alex held talks in Number 10 with the Prime Minister to warn that when it comes to “levelling up”, Cheltenham must not miss out.

Alex explained to the PM that several of the neighbourhoods in Cheltenham are in the bottom ten percent of income per head anywhere in the country.