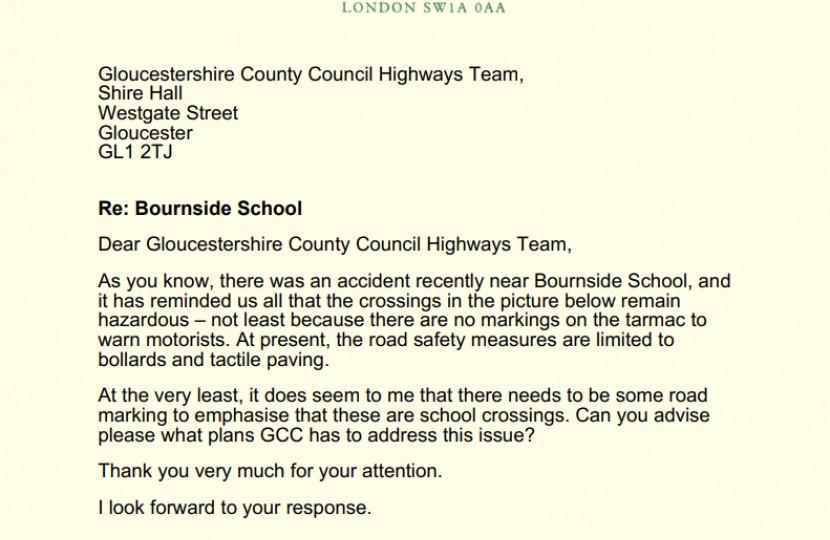 Following an accident outside Bournside School, in which a pupil was left with a broken leg, Alex wrote to Gloucestershire County Council to call for a proper crossing to prevent further accidents.

Alex said: "I was shocked by the news of another accident outside Bournside, and wrote to the highways authority, calling for urgent action.

"Whatever the outcome of the review, it is important that parents and local residents are given an assurance that actions are in train."