Alex Gets Answers From Severn Trent 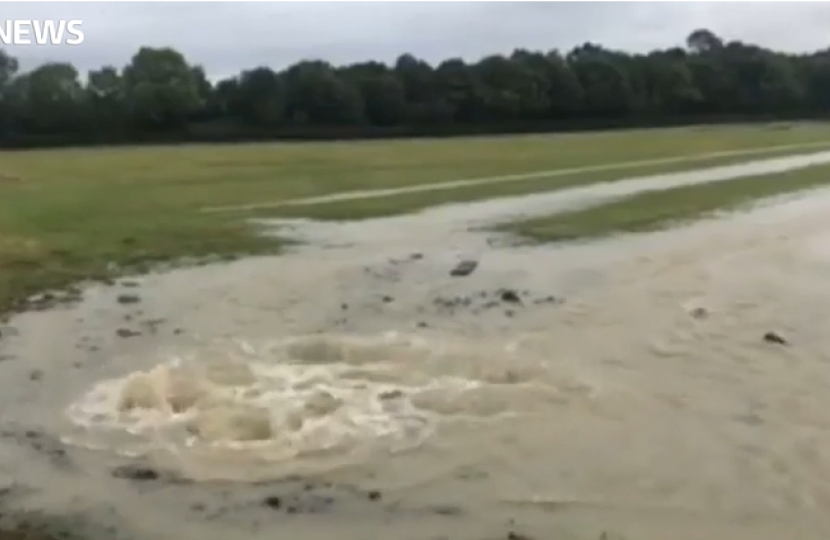 On Thursday 30 September, schools, homes and businesses were left without water following a burst water pipe.

Alex quickly made contact with senior staff at Severn Trent Water to urge them to restore water supplies as soon as possible. Chalk also called for an urgent investigation into what caused the failure and for urgent assurance that steps were being taken to prevent this happening again.

Following Alex calls, Severn Trent carried out an investigation and provided him with the following update:

“The burst pipe was on one of our larger trunk water mains and was first reported before 8am on 30 September, our teams moved quickly to move water around our network to restore supplies to our customers whilst starting on the repair work.

"We were able to restore the water supply to most of our customers by 11am with all customer supplies back to normal by 2pm. The main was repaired later on in the evening and the water supply network returned to normal operation.

"You are correct in that when we investigated the root cause of the burst on 30 September we found that it was the result of a 2017 repair failing as a result of worksmanship issues. Since the 2017 repair was undertaken, we have reviewed and amended our trunk main repair standard to include additional protection to bolts and fittings which will increase the lifespan of repairs and associated fittings.

"I can fully appreciate the frustration that the previous repair failed. I hope that I can provide reassurance that with the new trunk main repair standard in place and that the recent repair was completed to this standard that we are not expecting any further issues.”

Alex issued the following statement in response: “It’s very concerning that this massive disruption was entirely avoidable. STW need to raise their game, and make sure any repairs are completed to a proper standard in the first place.”