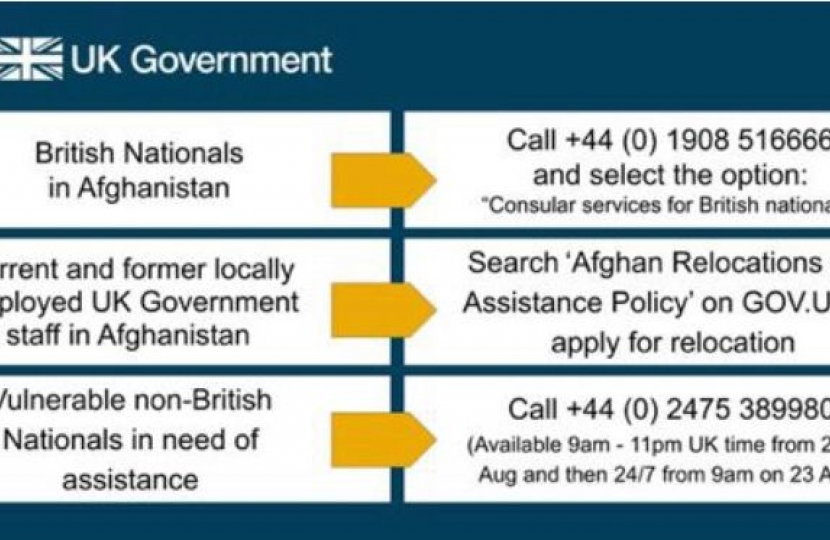 Following the Government's announcement of a bespoke resettlement route for Afghan refugees, Alex met with the Home Secretary to discuss support for Afghans with Cheltenham links.

During the meeting, Alex was assured that he could raise specific cases with the Home Secretary's office for their consideration.

Alex has also received briefings from the Foreign Secretary and Defence Secretary.

Alex said: "Since the collapse of the Afghan Government, I have been working with the Foreign Office to ensure the safe evacuation of British nationals as well as the Afghans who worked so courageously alongside British troops.

We owe those interpreters, cultural advisers, embassy staff and others a debt of gratitude and of honour. We must meet it."

Alex has already raised 5 applications with the Home Office and remains on hand to assist with any further applications on alex.chalk.mp@parliament.uk