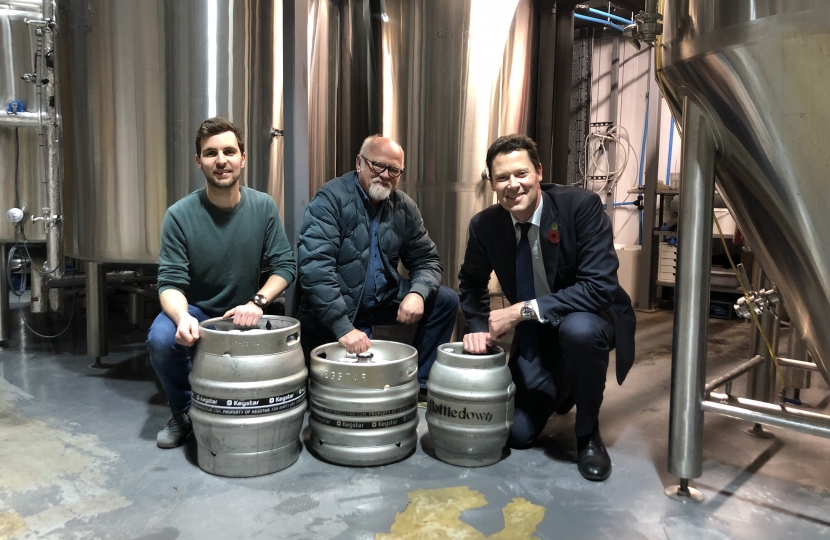 Alex is lobbying the Chancellor of the Exchequer, Rishi Sunak, on behalf of small Cheltenham providers.

He has written to HMT to raise concerns about the 40l cut-off point for the lower rate of duty. As it stands, smaller breweries who use smaller kegs and casks will not qualify the new reduced rate of alcohol duty.

Alex said: "Beer brewing and cider making is an increasingly important part of Cheltenham's economy, and I was  delighted that the Chancellor confirmed that alcohol duty will be frozen for another year.

"However, there is more to do to support small brewers like Battledown Brewery Co. to help the brewing and hospitality industry back on its feet."