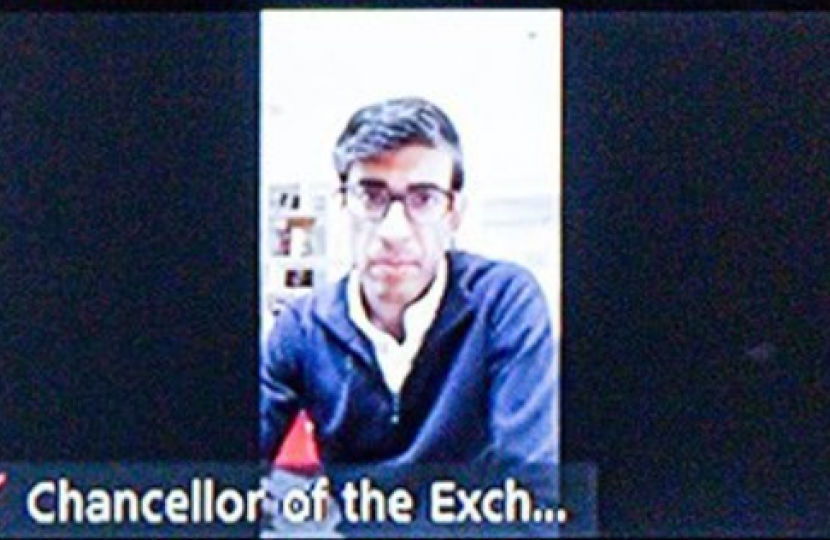 Alex had a one-on-one meeting with the Chancellor of the Exchequer, Rishi Sunak, via Zoom.

During the pandemic, Cheltenham has received over £350m in Government financial help, through furlough, grants to businesses, business rates discounts, Cheltenham Festivals, the Everyman, the Playhouse and much else besides.

During the meeting, Alex reiterated the points he had recently made to the Prime Minister - namely that several of the neighbourhoods in Cheltenham are in the bottom ten percent of income per head anywhere in the country

Alex stressed that turning that around requires further investment in education and job creation and opportunities for young people close to home.

Alex said: "I have nothing against boosting the North of the country, and I am an favour of 'levelling up'. But we have our own priorities and challenges in Cheltenham too.

"It’s continued Government investment, in projects such as Cheltenham’s cyber park, that will empower the next generation to go as far as their talents will take them. Really important to keep banging the drum!"