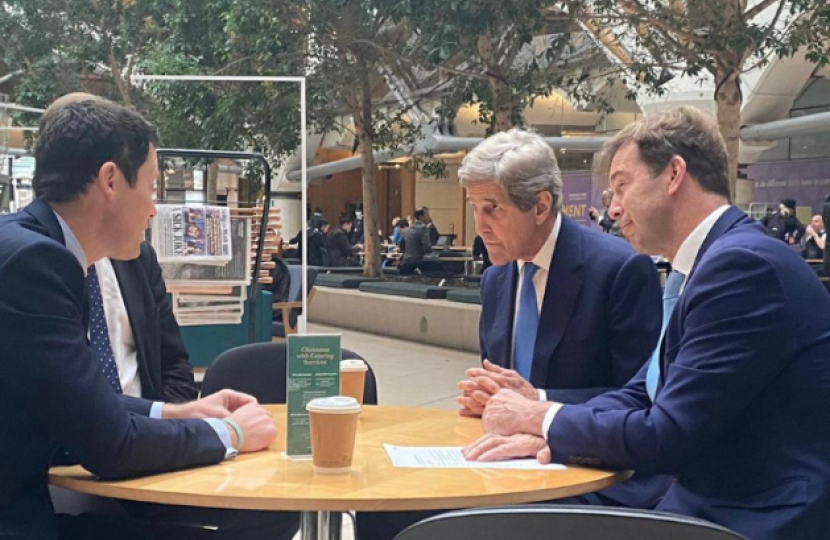 Alex met with with John Kerry, United States Special Presidential Envoy for Climate, to thank him on Cheltenham’s behalf for his global leadership on tackling climate change.

They discussed the CoP26 summit in Glasgow, and how we can ensure mega-emitters like China, the US, India and Russia drive down greenhouse gas emissions.

The former Secretary of State also  praised the UK's efforts to reduce its emissions by 44% since 1990 and agreed with Alex that COP26 would have been an extraordinary triumph if all countries had followed the UK’s course.

Writing on Facebook, Alex said: "Here in Cheltenham and across the UK massive efforts are being made, and our emissions are down by 44% on 1990 levels. But we’re responsible for just one per cent of the global total. Unless China (close to 30%) and others step up, scientists agree there is little prospect of limiting global heating to 1.5 degrees."