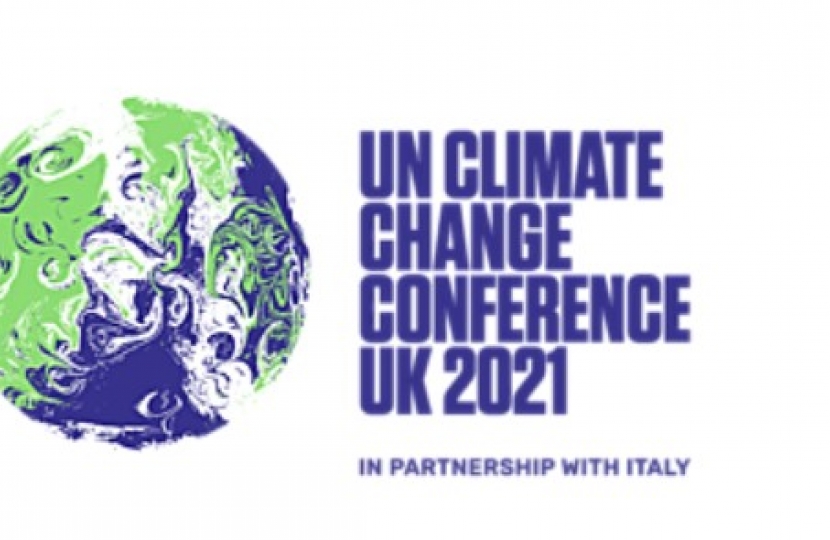 Although it was never going to stop global heating in its tracks, COP26 in Glasgow has delivered substantial progress in the fight to protect our planet.

I have long said that the two greatest threats facing humanity are climate change and antibiotic resistance. As a boy I remember Cheltenham recording the then-highest ever temperature in the UK (37.1°C). Since then, it has become ever more obvious that the planet is heating up.

Nearly thirty years later as Cheltenham’s MP, I am proud to have introduced the Bill which committed the UK in law to net zero emissions by 2050.

Third, more than 130 leaders, representing over 90 per cent of the world’s forests, pledged to end deforestation by 2030.

Fourth, 105 countries agreed to reduce methane emissions by 30 per cent by 2030, covering half of the top 30 methane emitters around the world.

Here in the UK, our emissions are just 1% of the global total, and are down by 44% on 1990 levels. Meanwhile, coal has largely been removed from the energy mix, and petrol and diesel cars will no longer be sold from 2030. Gas boilers in new-build homes are also being phased out.

If all the nations of the Earth had followed the UK’s course, COP26 would have been an extraordinary triumph. But the mega-emitters like China (29% of total emissions), the US (15%) and India (7%) continue to increase their emissions whilst ours are in decline. We call on them to do more in this crucial coming decade.

The futures of our children and grandchildren depend on it.