Alex: "Resurfacing Not 'Cowpat' Repairs, is the Answer" 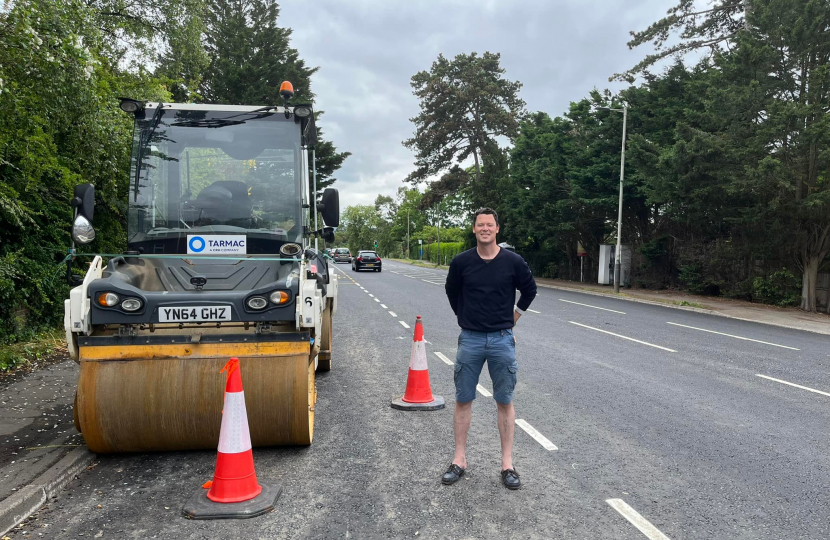 Alex has long spoken out in favour of resurfacing not 'cowpat' repairs. All too often in the past, Amey gangs returned time and again to the same road defect, as bodge repairs washed out in the first frost.

Now resurfacing company Tarmac have been contracted, and following roads have recently been resurfaced:

Alex has collated a list of further roads that need resurfacing and has recently reported the following:

Following lobbying from Alex, the following roads are also scheduled to be resurfaced in the coming months:

If there are further roads that require attention please email alex.chalk.mp@parliament.uk