Alex Ups the Pressure on UKHSA Over False Negative Tests 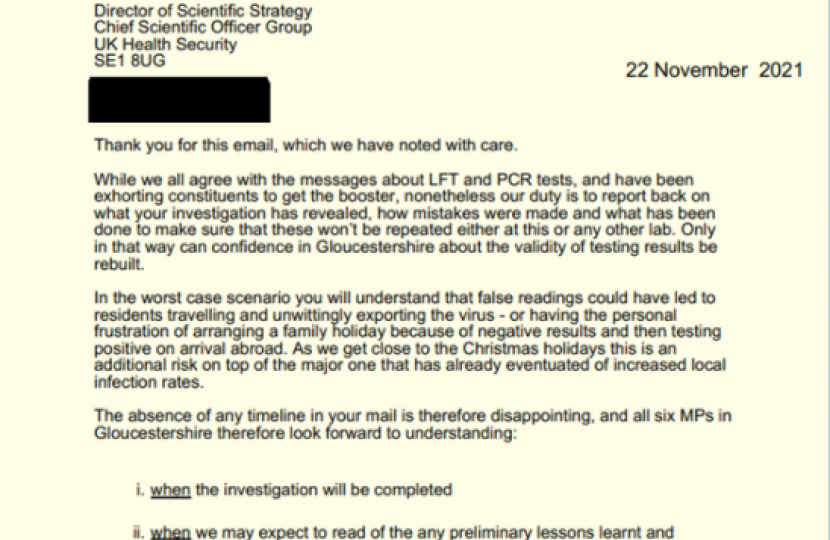 Alex has written again to the UKHSA to demand answers over the false negative tests at the Immensa lab.

When the news of the errors emerged, Alex wrote on behalf of all the Gloucestershire MPs to the Health Secretary and the UK Health Security Agency  calling for early answers to the investigation that is taking place.

Alex was not satisfied with the response received and has written again to call for a detailed report on what their investigation has revealed and how the mistakes were made.

At the time of sending, a response still has not been received.