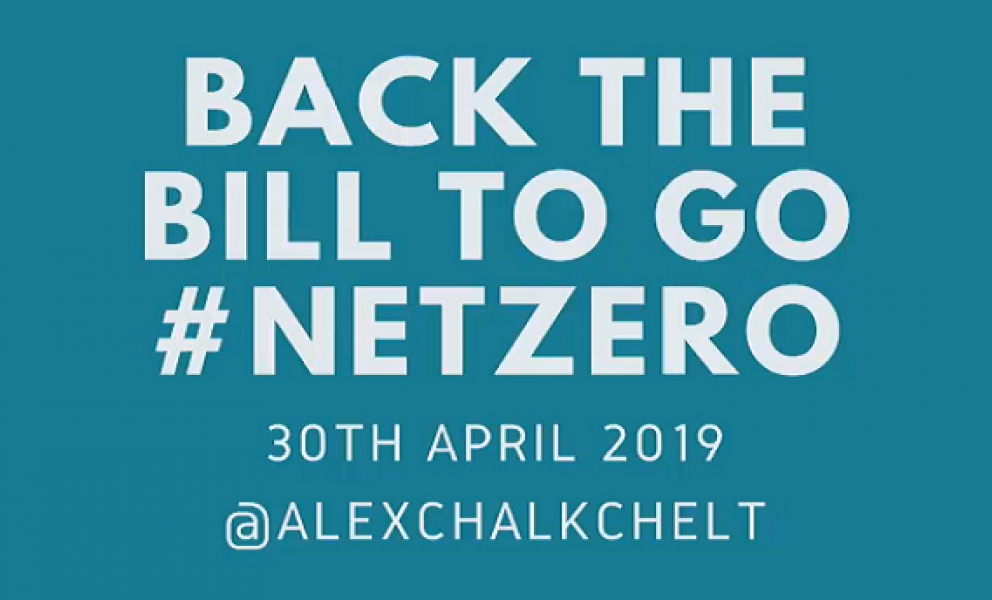 Climate change is not some theoretical future possibility – it is a present reality.

The five warmest years in recorded history have been since 2010. Easter Monday was the hottest on record. This January Australia experienced its warmest month ever, with power stations forced to shut down. Last year wildfires broke out in the Arctic Circle.

We can choose to dismiss these events as a coincidence. We can ignore the fact that they have taken place alongside soaring levels of atmospheric carbon dioxide. Or we can listen to the overwhelming majority of climate science which concludes that the evidence of humankind’s influence on the climate is now unanswerable.

That's what we must do, and I want Cheltenham to play its part in framing our national response. So I have decided to introduce a Bill to Parliament on 30 April which would limit the UK’s carbon emissions to net zero by 2050. If passed, we would become the first nation in the G20 to enshrine this target in law, showing radical leadership to the rest of the world. Our country may only be responsible for around one per cent of global greenhouse gas emissions, but we have a responsibility to act.

We have a tradition of global leadership too. The Climate Change Act 2008 was pioneering legislation which mandated the reduction of emissions by 80% on 1990 levels. As a result carbon emissions have dropped by 42% - the best performance, according to PWC, of any major economy.

Now the evidence shows we must now be even more bold. And I know from listening to young people in Cheltenham like those I met recently at Bournside School, that this is their priority too. And this law would help to avoid tipping point events such as the melting of the permafrost, releasing vast amounts of methane, and the collapse of polar sea ice.

The time for action is now. We must protect Planet A because there is no Planet B.