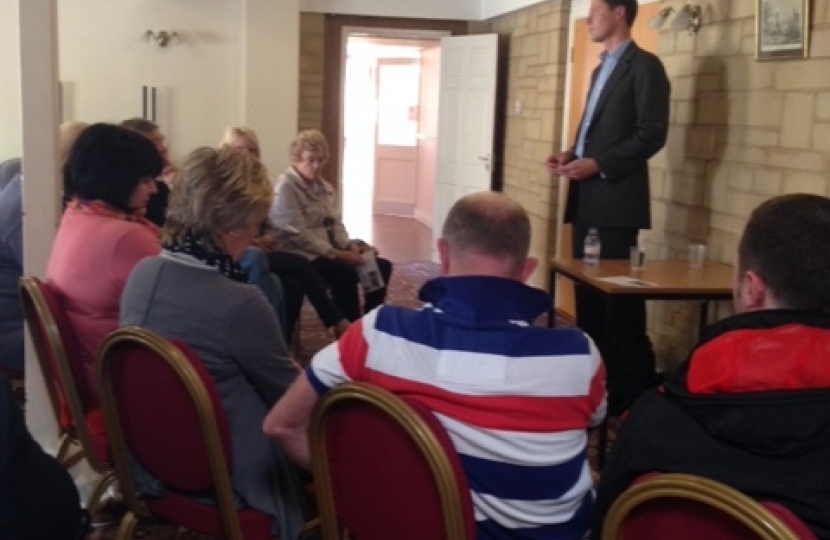 On 21st September, I continued the 'Ask Alex' series, visiting Sacred Heart Church in Charlton Kings. As with previous Ask Alex events, I held a question and answer session as well as meeting several residents face to face. I was delighted to meet a local nurse to discuss her concerns regarding ambulance waiting times. This is the second time in 48 hours that exactly this concern has been raised with me. It's something that needs to be addressed.

As at previous sessions, several people raised the issue of the Cheltenham A&E downgrade. I restated my desire to see Cheltenham's A&E restored to a 24-hour service. It has been nearly two months since these changes were brought in, and I am still wholly unconvinced that they are a positive development for Cheltenham, as some have claimed. Only last week a Charlton Kings resident raised with me the example of her elderly mother who had been blue-lighted in the middle of the night to Gloucester, only to be brought back to Cheltenham after a four-hour wait as this is where the relevant specialism is based. I cannot accept that this represents a high quality of care. I remain strongly focused on this issue, I will take every opportunity to fight Cheltenham's corner over it. On this, and many other issues, I want Cheltenham's voice to be heard much more clearly than it has been in recent years.

I answered questions on several national issues including immigration, high speed rail, fracking, wind power and Britain's relationship with the European Union. I explained that I remain 100% committed to a referendum in 2017, as the Conservatives have promised, and also that we should be looking to re-patriate powers that have been lost to Brussels. As for energy policy, I stated that we cannot be fanatical about our energy options. Sometimes wind turbines are the right thing, but we cannot allow an ideological commitment to wind power to blight our beautiful countryside when it's clearly inappropriate . Equally, we should not be afraid to investigate new energy options such as fracking in the right circumstances. Each proposal has to be considered on its merits, taking into account the views of local residents.

The next 'Ask Alex' event is in All Saints at 5pm at Highbury Church on Oxford Street. Do please come along to ask me where I stand on any local or national issues, or if you'd just like to meet me personally.