Chalk calls for ‘joined up’ approach to Cheltenham’s public realm 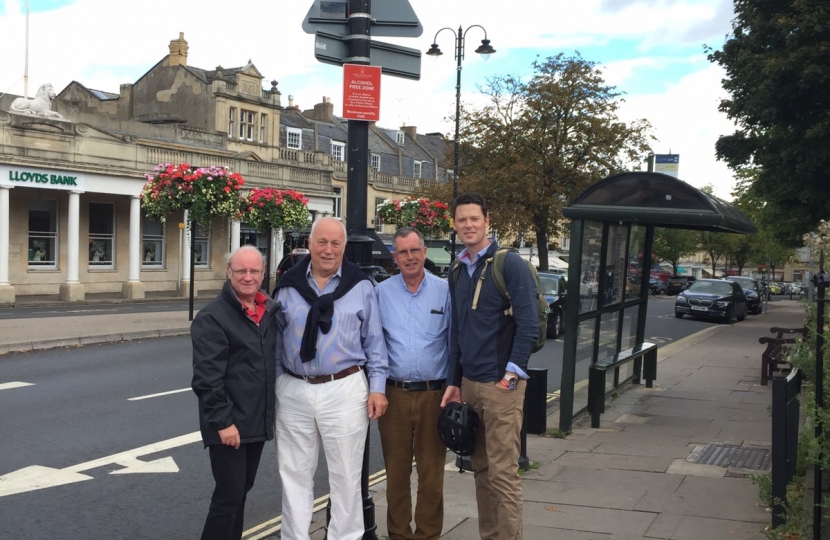 Cheltenham’s MP, Alex Chalk, has called on Gloucestershire’s councils to adopt a ‘joined up’ approach to the town’s public realm. The move follows efforts by Mr Chalk to secure improvements to areas of Cheltenham’s public realm, including items of damaged or worn street furniture, lamp posts and street railings.

Following joint lobbying efforts by Mr Chalk and the local Borough and County councillors, a commitment was secured from the Highways team at the County Council to repaint the worn and tired lamp posts throughout Montpellier and the Promenade. The works have now been completed, but the town’s representative in Westminster is determined to push his campaign further, and has called on the County Council to expand their refurbishment programme into other areas of Cheltenham.

The Cheltenham MP is also concerned about damaged street railings in the town, particularly those located in prominent and busy areas such as the junction of St George’s Road and Bayshill Road and the junction of the lower High Street and Ambrose Street. Having secured a pledge from Shire Hall bosses to have the railings repaired by the end of October, Mr Chalk has stated he is ‘‘encouraged’’ by the progress made and has called on the Borough Council to support his efforts by appointing a dedicated Public Realm Officer to co-ordinate Cheltenham’s response to the issue.

He has recently written to the Chief Executive of Cheltenham Borough Council, Andrew North, asking him to consider the possibility of appointing a dedicated public realm officer, whose role would be to work closely with the County Council to identify those ‘‘grot spots’’ within Cheltenham’s public realm, before setting out a coherent plan to tackle them.

Speaking about the issue, Mr Chalk said ‘‘We are extremely lucky to live in a town as beautiful as Cheltenham, but there are aspects of our town which let the side down, including parts of the public realm. As guardians of the largest conservation area in Europe, we have a responsibility to ensure that our public realm reflects our town’s architectural magnificence.

That’s why I have asked my office to liaise closely with the Borough and County Council on this subject. Since the election we have adopted a hands on approach tackle eyesores, raising a number of related issues with the relevant officers.

I’m delighted that we have made real progress, but there is more we can do. The current reporting procedure is disjointed, and it is often unclear where ultimate responsibility lies. I believe it would benefit Cheltenham to have a more coherent structure relating to public realm issues, with one department or officer coordinating the overall response. I look forward to hearing back from the Chief Executive regarding my proposal.’’