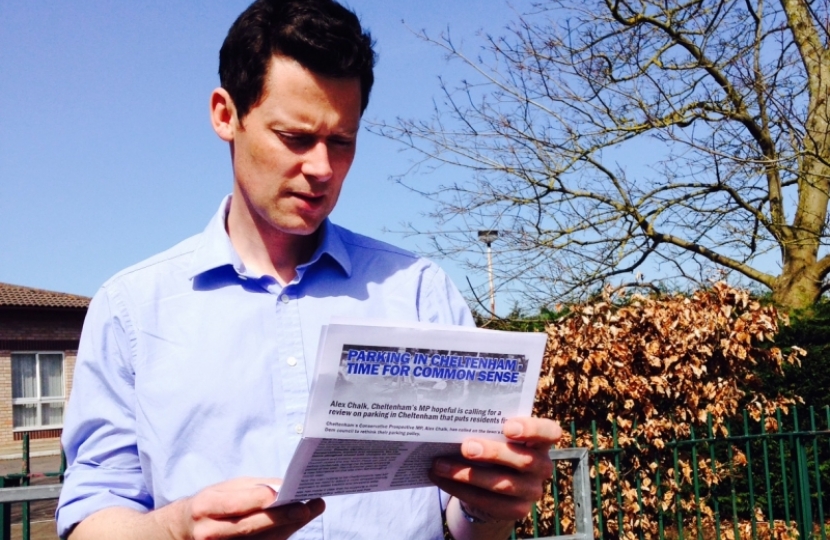 Cheltenham's MP, Alex Chalk, has called upon local residents to tell the Borough Council what they think about car parking in the town. His call follows the publication of an online survey on the Borough Council website, which it says will ''offer guidance on the provision of adequate off street parking up to 2031, at competitive cost...''. Residents have been given until 29 January to respond with their views.

Mr Chalk, who has been a vocal advocate for cheaper parking in Cheltenham town centre, has long called for a root and branch review of the cost and availability of parking across the town.

Specifically, he called for the council to end charges in council-owned car parks after 6pm - a proposal that was welcomed by residents and traders alike.

Initially, in February 2016, the Lib Dem council agreed to reduce the charges. However, following the local elections in May the official line from the Council changed. In an email sent by a senior Council officer responsible for parking strategy, the Council stated that the move was ''only one of a number of possible changes currently being considered through a review of the authority's car parking strategy’'.

Mr Chalk believes this review is the perfect opportunity for the Borough Council to follow through on its original pledge.

Mr Chalk said ''I'm pleased that the Borough Council have responded to my calls for a proper review of parking in our town. Now is the moment for the Council to honour their commitment to end parking charges in borough council car parks after 6pm. We need Cheltenham’s town centre to be as attractive as possible to locals and visitors.”