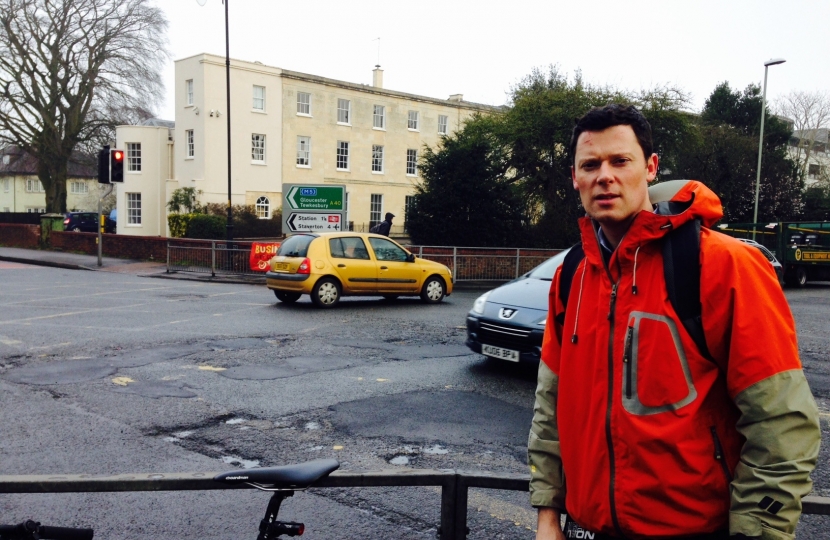 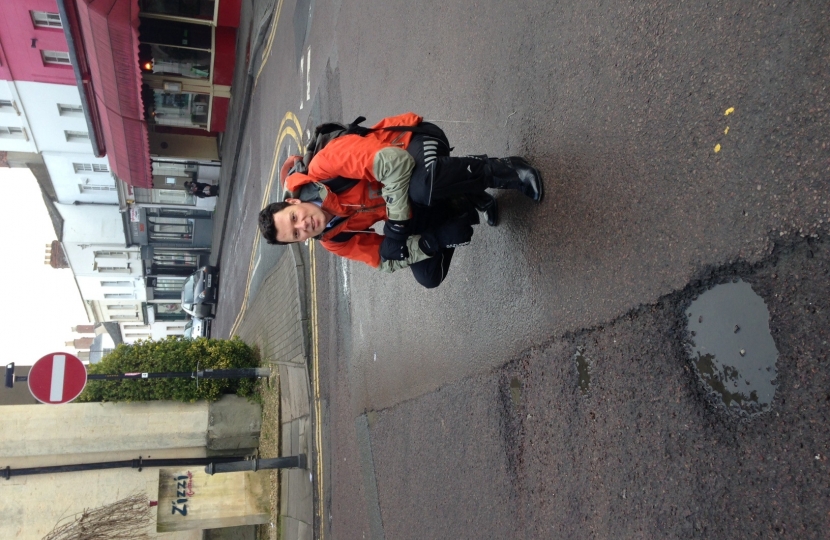 He has personally submitted a list of the worst ten pothole hotspots across the town to the County Council's highways team, calling on them to take urgent steps to improve the quality of the road surfaces.

The Tory candidate's intervention follows a meeting with the leader of the County Council, where Mr Chalk pledged to fight for the town to get its fair share of the pothole cash.

The Government has increased the amount of funding available for road maintenance by 27% over the last year, while in Gloucestershire, the County Council have been granted an extra £4 million to tackle the pothole problem.

Commenting on his campaign, Mr Chalk said  ''The number of potholes in Cheltenham is completely unacceptable. That’s why I wanted to make the case for further funding in person. I have submitted a list of the top ten worst affected areas, thanks to suggestions from residents, as well as my own personal experience. We need to stand up and demand action on this issue.  It’s no good just carping on the sidelines. If you want to get things done you need to take the initiative.’’