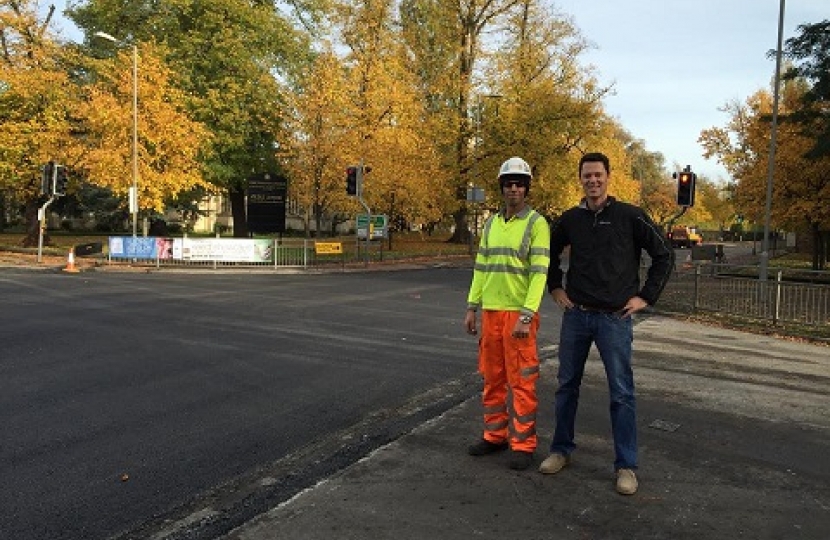 Cheltenham’s MP, Alex Chalk, has welcomed news that Cheltenham will benefit from the Government's additional £1.4 million investment in the county's roads. The announcement follows last week’s Autumn Statement, during which the Chancellor announced plans to allocate an extra £12.4 million across the South West, to fix an estimated 235,000 potholes by 2018.

The extra funding for Gloucestershire will allow the County Council to fix an additional 27,100 potholes from April next year. This comes on top of the extra £3 million already being invested in Gloucestershire’s roads over the coming year, with £2 million extra provided by the County Council itself and the remaining £1 million by the Department for Transport from its Pothole Fund.

Welcoming the news, Alex commented: "Potholes are a bugbear of mine, and I take every opportunity to bang the drum for more investment in our roads.  I’m delighted the Government has listened and is coming up with further cash to improve Cheltenham’s roads. As winter starts to hit hard, it’s going to be needed more than ever.’’