Cheltenham MP writes to Chancellor to lobby for broadband funding 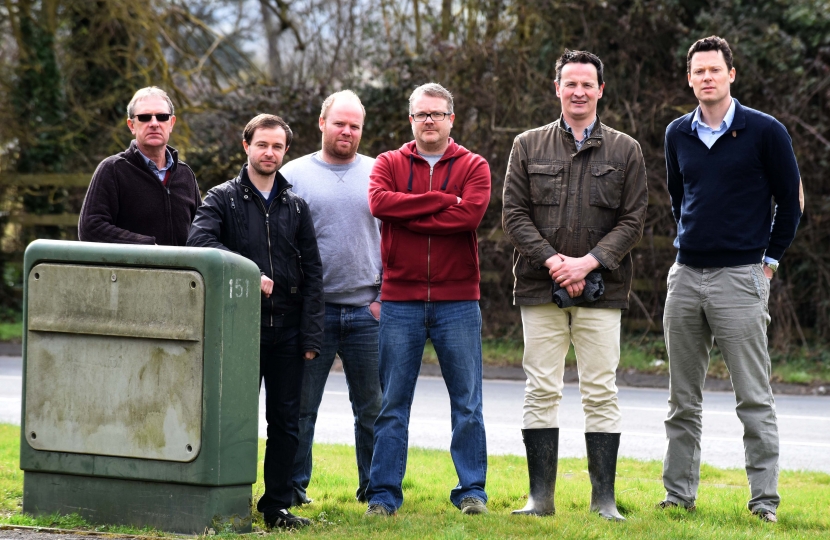 Cheltenham's MP, Alex Chalk, has written to the Chancellor, George Osborne, to lobby for investment in the UK's broadband infrastructure, ahead of the Spending Review next month.

The letter, also signed by other members of the All Party Parliamentary Group for Broadband and Digital Communication, sets out recent figures showing that 17% of the UK population remains without access to superfast broadband, with 500,000 households still living without even basic broadband, with average speeds of less than 2MBs per second.

Mr Chalk joined his colleagues in welcoming the Government's commitment to this area over the past 5 years, which has seen over £1 billion invested and over 90% of UK businesses and residents now able to access superfast broadband, while highlighting the plight of the remaining households still struggling on snail-paced broadband speeds.

In order to tackle the problem, the MPs are demanding that the Chancellor invests 'in creating one digital nation', by pumping further capital into the country's broadband infrastructure, to prevent the digital divide between the 'e-rich' and the 'e-poor' from widening any further.

This intervention by Cheltenham's man in Westminster is the latest in a series of developments in his campaign to secure better broadband for Cheltonians.

Last month he welcomed Virgin Media's announcement that they would be investing in Springbank, an area that had previously missed out on the commercial superfast broadband rollout programme. Since then he has sought bespoke solutions across town from Grace Gardens in Benhall, to Old Farm Drive in Up Hatherley and the Bloor Homes estate in Pittville. Discussions with providers ranging from BT to Gigaclear are ongoing.

Commenting on the letter, Mr Chalk said ''Over the last five years the UK's superfast broadband network has seen massive investment and I am pleased that in Cheltenham we are better connected than most parts of the UK. However, there are still homes and businesses in our town which have missed out on upgrades, and I will continue to do everything I can to fight their corner. Following my broadband summit, I am delighted that Virgin have announced new network investment in Springbank. That is positive news, but I won’t let up until all Cheltonians get access to superfast speeds.''