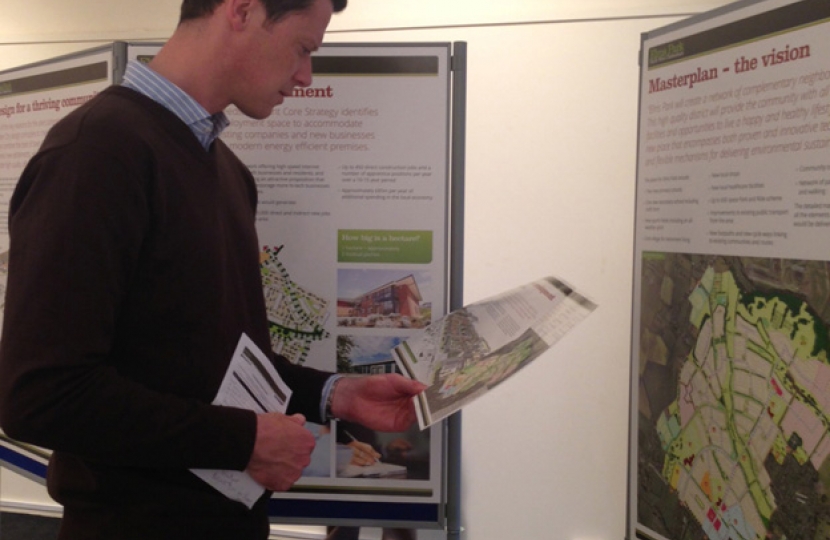 I'm sure a lot of people read the Echo on Wednesday where plans were reported to build up to 4,500 homes with a £1.75 billion development on the greenbelt land between the Kingsditch Trading Estate and Uckington, off Tewkesbury Road. The site would be named Elms Park and has the potential to be as big as the nearby village of Bishop's Cleeve including a business park, two new primary schools and a secondary school with sixth form.

Many people have commented that the new development will see thousands of new jobs created through the proposed business park as well as the sites construction. Proponents have argued that the development will inject millions into the local economy, as well as contributing towards the towns supposed housing crisis.

However critics are wary of the impact this potentially huge development will have on traffic, especially as the only access to the development by car would be from Tewkesbury road. Others have questioned why this development has been proposed on greenbelt land.

It is certainly a development that will have to be watched very closely. I myself will be in the area of Springbank this weekend talking to local residents about how this development would affect them. Interestingly Cheltenham Lib Dems have remained silent on the issue thus far; it would certainly be interesting to know what they think of this large proposed development and the undoubted impact - whether positive or negative - it would have on Cheltenham.