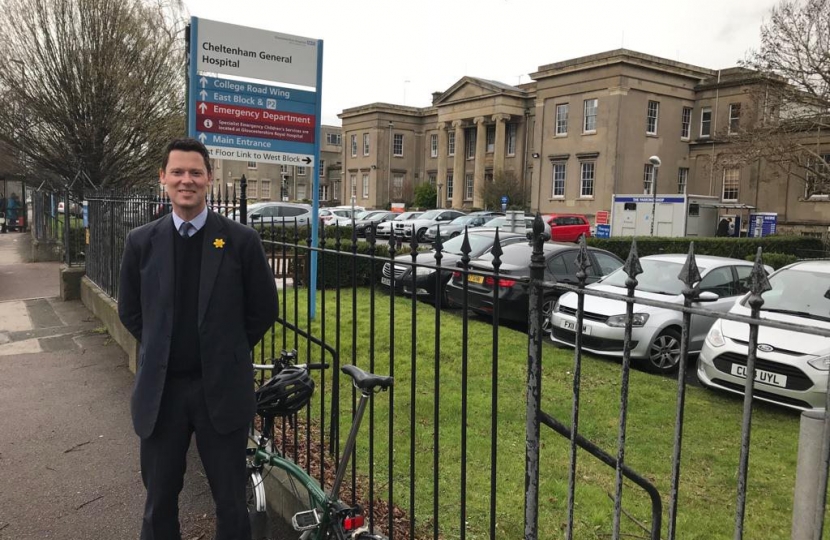 After decades of governments of all stripes ducking the issue, this week the nettle of social care was grasped. The system, which has caused hardship here in Cheltenham, will finally be reformed, tackling unpredictable and catastrophic care costs and making the system fairer for all.

From April next year a new, UK-wide, 1.25 per cent Health and Social Care Levy will be introduced, ringfenced in law for the NHS and social care. All working adults, including those over the state pension age, will pay the levy and the rates of dividend tax will also increase by 1.25% to help fund this package.

It will raise around £12bn in extra funding a year, to be invested in frontline health and social care. That translates into over £100m here in Gloucestershire – to support not just older people, but the many thousands of working-age adults who need a helping hand, like the brilliant mathematician I met who works at GCHQ, but also needs home care. It also means that the fantastic new £36m investment into theatres and equipment Cheltenham General can deliver its full potential, easing NHS treatment backlogs.

As an instinctively low-tax Conservative, this was a tough call. I recognise that local people now face the highest tax burden in peacetime (although still lower than in France and Germany incidentally). But faced with the risk of surging waiting lists, this is the fairest way to do it – as indeed the respected IFS think-tank has concluded.

To those who say it should have been raised by income tax alone, I would simply point out that businesses don’t pay income tax. So the whole burden would fall on individuals, roughly doubling the amount that a basic rate taxpayer could expect to pay. That would have been wrong.

After the extraordinary efforts of the NHS to save lives, this will enable our health service to rebound strongly from the crisis, and address chronic and unfair anxiety for thousands of people in Cheltenham.