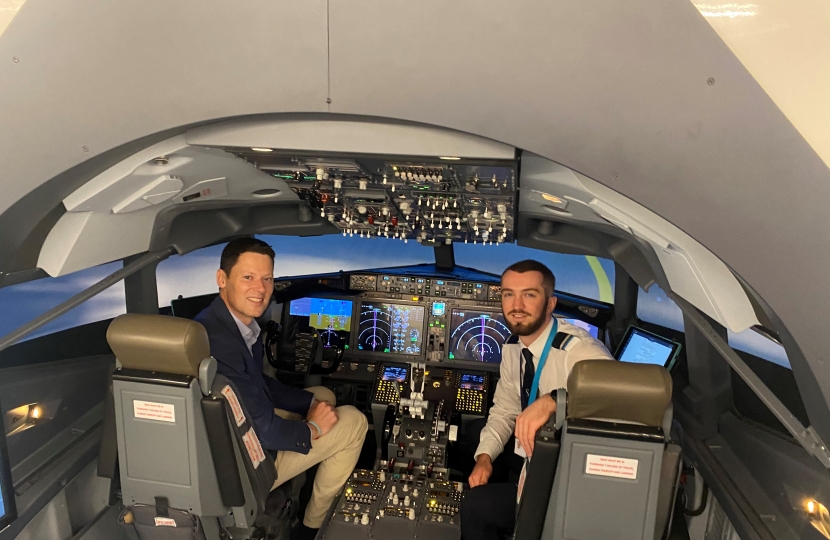 Alex met the next generation of Gloucestershire’s pilots at Skyborne Airline Academy, a modern airline training school based at Gloucestershire Airport.

Skyborne has invested more than £10million in its 13,000 sq foot headquarters, aircraft and simulators.

During his visit, Alex experienced a flight in Skyborne’s Boeing 737 MAX FTD simulator with a trainee pilot approaching the end of his Integrated Airline Transport Pilot Licence.

In July, the airline academy became the first UK pilot training school to place an order for an all-electric aircraft.

Alex said: "These past 18 months have been a challenging time for Skyborne’s young trainees, but they have shown great resilience throughout the pandemic.

"After a dreadful period, the travel sector is unlocking again, and these young pilots can look to the future with increased confidence once again.”