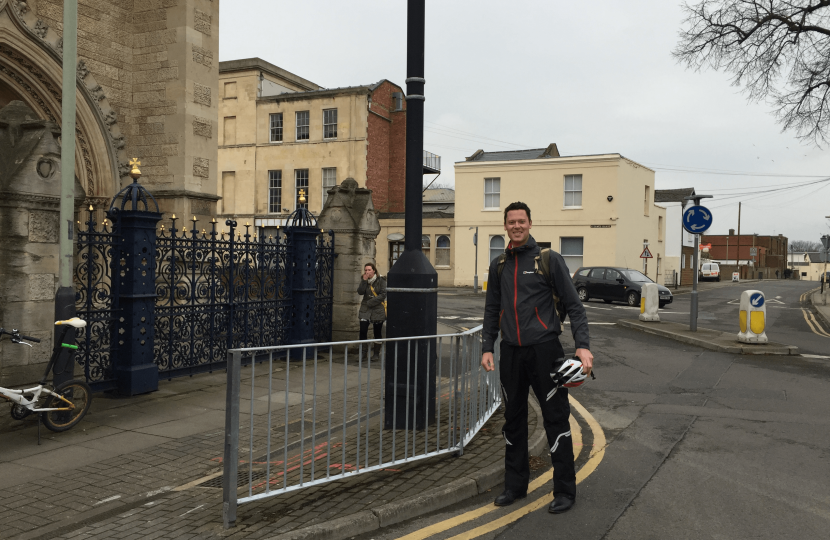 Cheltenham's MP, Alex Chalk, has hailed as a ‘really positive win for Cheltenham’ work done by the County Council to fix broken and bent railings across town.

The town's man in Westminster has been lobbying the County Council over several months on this issue as part of his ‘grot spot’ campaign, launched earlier this year, aimed at tackling urban eyesores in the town. The investment in new railings follows a successful campaign in the summer to have the worn lamp posts in Montpellier repainted.

Over recent weeks, the Highways team at Shire Hall have replaced broken railings in a number of prominent locations, including the junction of Clarence Street and Ambrose Street, the junction of Bayshill Road and St George's Road, the lower High Street, Tewkesbury Road and Gloucester Road.

Mr Chalk, who made tackling Cheltenham's eyesores one of his key pre-election priorities, commented:

‘’Cheltenham is a beautiful place to live and work. But there are parts of town that need attention and investment. I have campaigned hard on the railings issue because broken and buckled ironwork creates a particularly unpleasant urban eyesore. That’s why I’m delighted the County Council have listened to my concerns and acted decisively.  There’s more to do. From tarmac infills to uneven pavements and derelict buildings like Springbank shopping centre, I will continue to do everything I can to help Cheltenham look its best.''