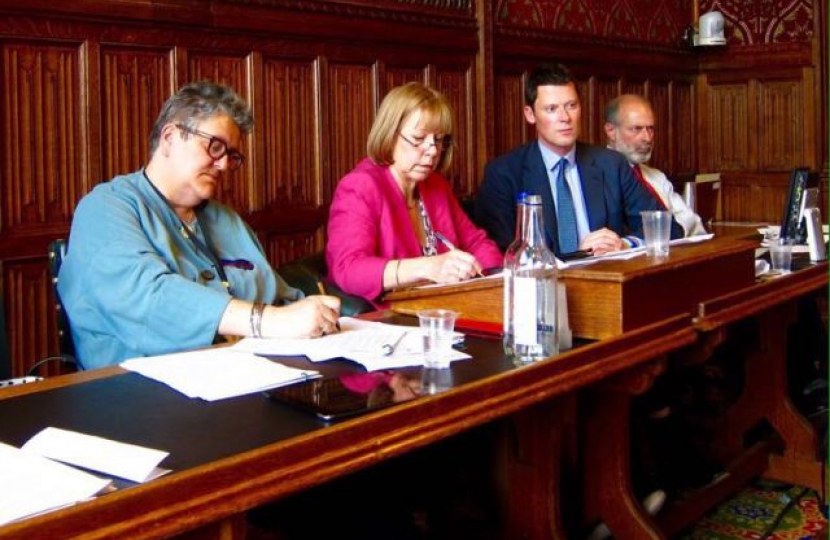 Cheltenham MP Alex Chalk has been hearing evidence from victims and their families about the injuries suffered by cyclists in road incidents.

Mr Chalk is conducting an inquiry into cycling and the justice system with the All Party Parliamentary Cycling Group.  The second session (of five) – Victim Testimony -  was held earlier this week. The first session – Road Users and Victims – was held at the end of January.

A keen cyclist himself, Mr Chalk heard from midwife Julie Dinsdale, who lost her right leg when she was run over by a supermarket lorry.  Ms Dinsdale was crushed under the HGV as it turned left across her path as she and her partner were cycling in London in October 2015.

The driver had been working for the supermarket for just four days. He was driving one of its HGVs solo for the first time. He was fined £625 and given five points after he admitted careless driving.

Giving evidence, Ms Dinsdale told the inquiry of her dismay that the driver was not banned. The driver went on to work for a logistics firm.

Responding to Mr Chalk about the introduction a tougher offence of causing injury by careless driving, Ms Dinsdale said: “It would be a bigger deterrent to people driving carelessly. The guy was driving up until he was sentenced. There was no attempt to look at how he was driving, and no ban, no checking that he was driving any better than he was when he hit me.”

Mr Chalk commented: “Hearing about the awful experience of cyclists like Julie brings home how important it is to get the right legislation in place.

“In the 12 months to September, 3,430 cyclists were killed or seriously hurt in the UK. This inquiry wants to establish whether the current judicial system is fit for purpose and serving all cyclists fairly. We are seeking the views and experiences of cycling organisations, Government departments and ministers, individuals and members of the general public."