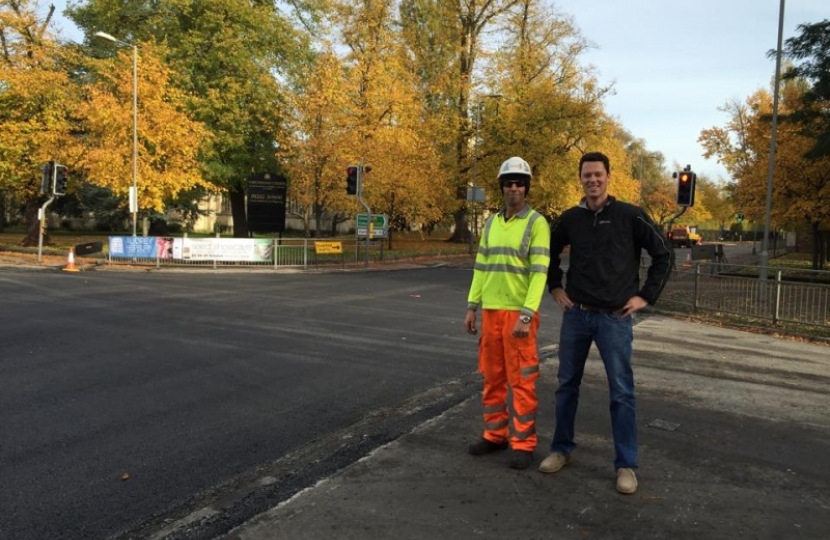 Bank Holiday Monday at the sunny (and heaving) Suffolks Fair. It can only mean one thing: summer is around the corner. The Science Festival will soon be upon us. Within days Cheltenham will be welcoming visitors from far and wide.

And I believe they’ll be more impressed than ever. It’s not for nothing that the New York Times wrote earlier this year of Cheltenham’s “renewal” and “buzz”. New bars and restaurants are opening, or are in the pipeline. The Festival line-ups are strong. John Lewis is coming.

And it’s because I’m proud of Cheltenham and I’m ambitious for its future that I believe in confronting head on the areas where we need to do better.

One of those areas is of course Cheltenham’s potholes. Okay okay, before Twitter goes bananas I realise this isn’t exactly international terrorism. Or climate change. Or antiobiotic resistance. But it would be wrong to simply ignore this issue. Potholes make our roads look shabby. They damage cars. They put cyclists at risk.

That’s why I campaigned for the £250m Pothole Fund, which George Osborne announced last year. That was welcome news. But if we want to speed up progress, we’ve got to embrace new technology to make repairs last longer. That’s why this week I went to Shire Hall to see what the County is doing to adopt modern methods.

Cllr Vernon Smith and the contractors, Amey, explained that Gloucestershire is pioneering new ‘mobile batching plants’ which keep surfacing materials at the right temperature on site, without regular trips to the depot. I’m assured this will bring a step-change in efficiency.

So to put this to the test, I set Amey a challenge which (to my mild surprise) they took up. They have agreed that if I submit a list of 50 potholes that I want to see repaired, they will do the work within 28 days. Of course it’s not going to solve everything. But it’s a constructive gesture. I think we should respond in kind.

So let’s lay down the gauntlet. Email me on alex.chalk.mp@parliament.uk with the location, and photo if possible, of the pothole you want to see fixed. I’ll collate the 50 most ‘popular’ and send them off. (Top tip: probably best to leave the ones with white lines painted around, as they’re due to be repaired anyway).