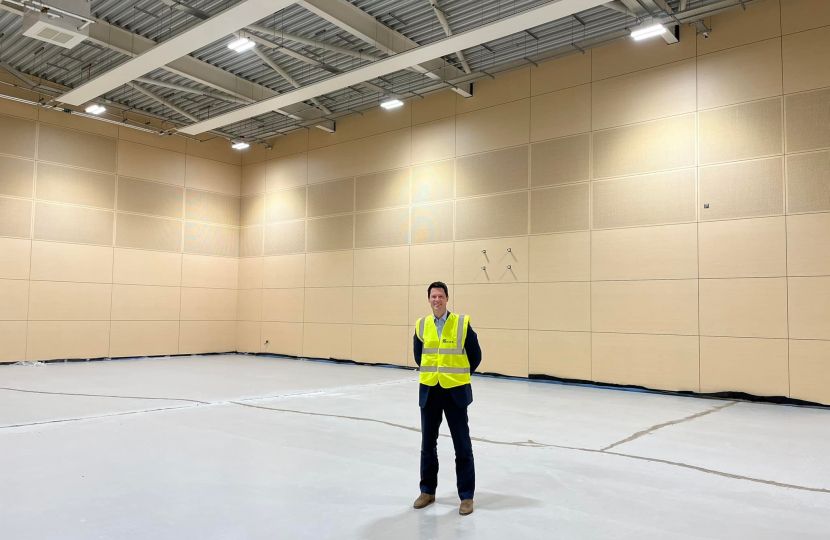 My visit to the construction site of the High School Leckhampton was one of the most moving of my time as MP.

The school itself is the culmination of a seven-year vision. Back in 2015, having seen for myself the anxiety caused to Cheltenham parents by the lack of school places in the south of town, I vowed to fight for a brand-new school.

Cynics thought it could never happen. They claimed that Cheltenham would never be chosen by the Department for Education for millions of pounds of public money, having been overlooked for investment time and time again.

They told me I should get used to expanding Bournside even further, or shoe-horning extra classrooms onto the tight Balcarras site – even though we all knew that wasn’t right for Cheltenham.

Seven years later, those voices are silent. After a huge amount of effort, we secured the funding for the town. Now, an extraordinary £30m school is taking shape, one which will boost our reputation for educational excellence yet further. It will also light a fire under our shared mission for social mobility in Cheltenham – a mission which says it shouldn’t matter where you’re from in life, but where you’re going. Education is central to delivering that.

And what a school it is! Although deliberately low-rise to be as unobtrusive as possible, it is hugely impressive. Large windows allow staff and children to catch breathtaking views of Leckhampton Hill, and a massive solar array on the roof ensure the carbon footprint is minimised. And in a poignant and timely coincidence, all the wooden cladding in the amazing new sports hall comes from Ukraine.

To go into politics is to set sail in seas which can capsize you. But just occasionally it enables the delivery of a better future for all.

[Column published in the Glos Echo]