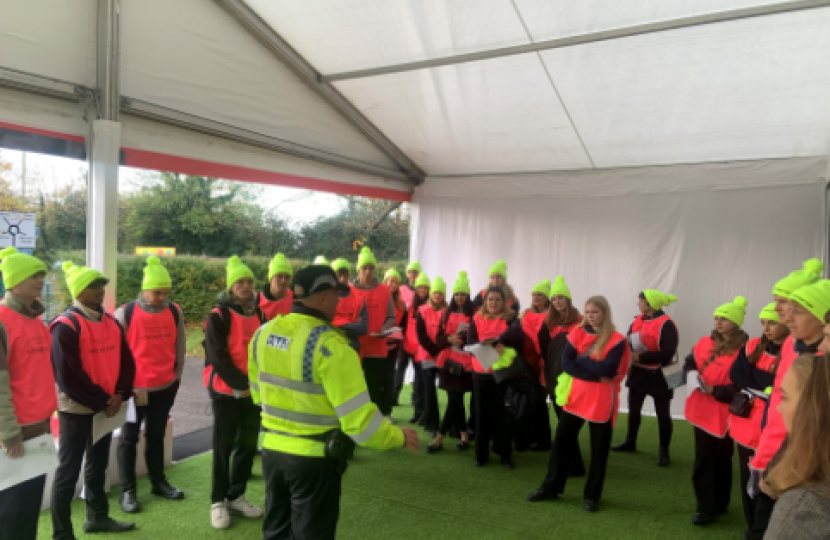 Alex has been working with partners to tackle anti-social behaviour during raceweek.

Alex's team attended a meeting at Cheltenham Racecourse to help develop an action plan to tackle ASB including the introduction of temporary toilets, more stewards and enhanced road cleaning during race meets.

The Love our Turf action plan was introduced at the November meeting and has received positive feedback from residents, racegoers and the police who have confirmed that there were no incidents of ASB across the three-day November meeting.

Alex said: “The festival is such an important part of the Cheltenham calendar and I’m hugely encouraged by the launch of the Love Our Turf initiative.

"The initial feedback from local residents has been positive and this has been really useful learning on how we might address the legitimate concerns about the anti-social behaviour of a small minority.”