"We owe it to Arthur to ensure that society learns every possible lesson." 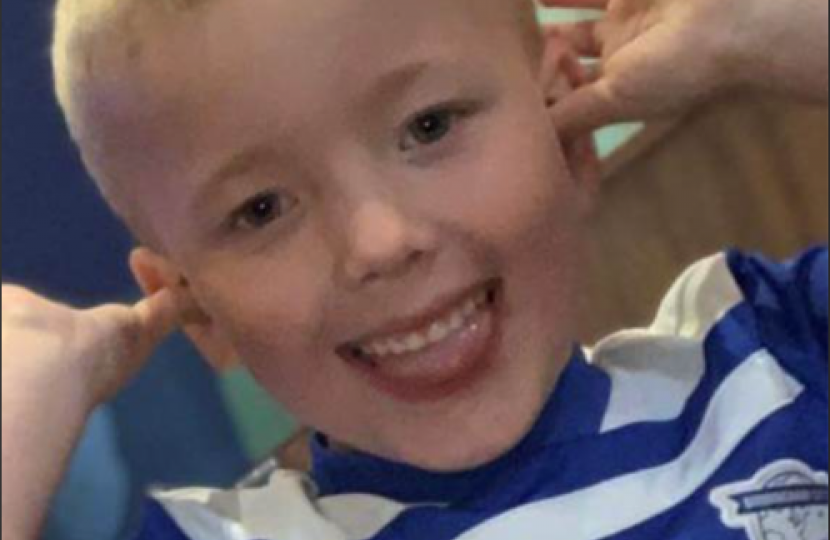 Many of us, whether we have children or not, have been deeply affected by the horror of the murder of six-year old Arthur Labinjo-Hughes. We have read how he was recorded calling out that no one loved him, and was visibly too weak to carry his bedding. It is hard to fathom how people could be so cruel to a defenceless small boy. His stepmother has been jailed for life with a minimum term of 29 years.  His father has been jailed for 21 years.

Many people in Cheltenham have contacted me to express their revulsion at their actions and have asked how the sentences can be challenged. The answer is that the Unduly Lenient Sentence scheme gives any member of the public the power to ask the Attorney General to consider referring a sentence to the Court of Appeal for reconsideration.

In many instances those cases come to me as Solicitor General, and since my appointment I have intervened on a number of occasions to make references. The ultimate decision however remains for our independent Court of Appeal judges. They give very careful and expert consideration to these appeals, and I respect of course the finality of the conclusions they reach.

I can confirm we have been contacted about this case and we are considering it. Whether it is one that can properly be referred, taking account of the sentencing guidelines that judges are required to follow, is something I and others in the Attorney General’s Office will be scrutinising very closely in the coming days.

More generally, a national review has been launched into the circumstances leading up to Arthur’s tragic death. It will be led by the National Safeguarding Practice Review Panel so that lessons can be learnt for the benefit of other children in England.  Separately, four inspectorates covering social care, health, police and probation have been commissioned to undertake an urgent inspection of safeguarding agencies in Solihull.

The horror of Arthur’s death is seared on the nation’s consciousness.

[Article published in the Glos Echo]