"Chris Parry Was a Man of Extraordinary Courage and Compassion" 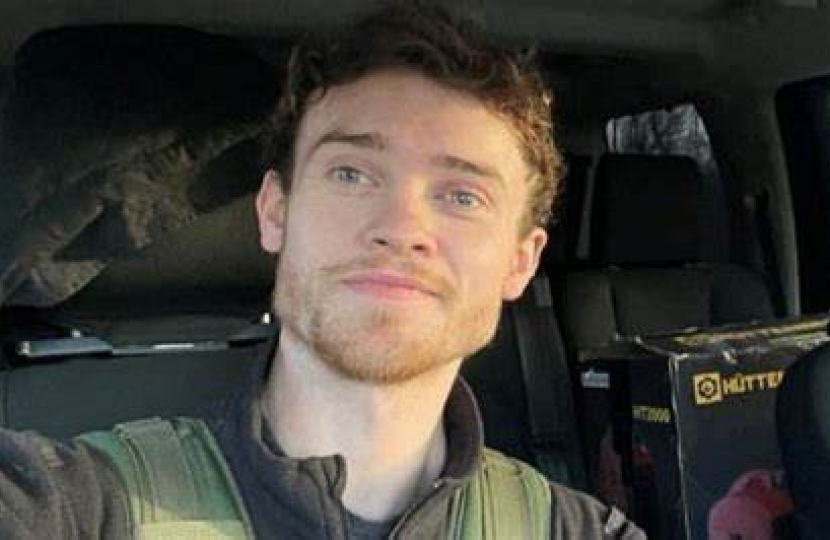 The news we had feared came yesterday. As I was standing in Rosyth dockyard in Scotland, my phone flashed up with the announcement I had hoped wouldn’t come: Chris Parry has been confirmed killed in Ukraine.

Although a Cornishman from Truro, Chris had latterly been living in Cheltenham. He travelled to Ukraine to help evacuate people from the frontline, putting himself in acute danger. His family confirmed he died whilst attempting a “humanitarian extraction” in Soledar, the scene of intense fighting.

His friends and family will be feeling unimaginable loss at this time, but I hope it will be a small comfort to know that many in Britain and Ukraine are thinking of them. We are also reflecting on the remarkable courage of their son.

Back in Rosyth, I had been invited as Cheltenham’s MP and Minister for Defence Procurement to cut the first piece of steel for our latest Type 31 frigate for the Royal Navy. HMS Active will become the twelfth ship to bear that name, and it was moving to be joined by some of the crew of its immediate predecessor which saw action in the Falklands War in 1982.

I am absolutely clear when it comes to defence procurement that there needs to be a relentless and clear-eyed focus on what is affordable and deliverable.  So I’m delighted that the six planned Type 31s, as well as being more powerful and capable than their predecessors, are also deliberately cost-effective warships. At around £250m, they come in at approximately a quarter of the cost of the Type 26s.

Type 31s are also modular, which means they can be easily reconfigured for the specific mission they are undertaking – anti-piracy, humanitarian, or warfighting. Tailored capabilities can be loaded on or removed as required. That’s important because it doesn’t make military or financial sense to conduct humanitarian missions in the Caribbean with a £1bn Type 45 destroyer.