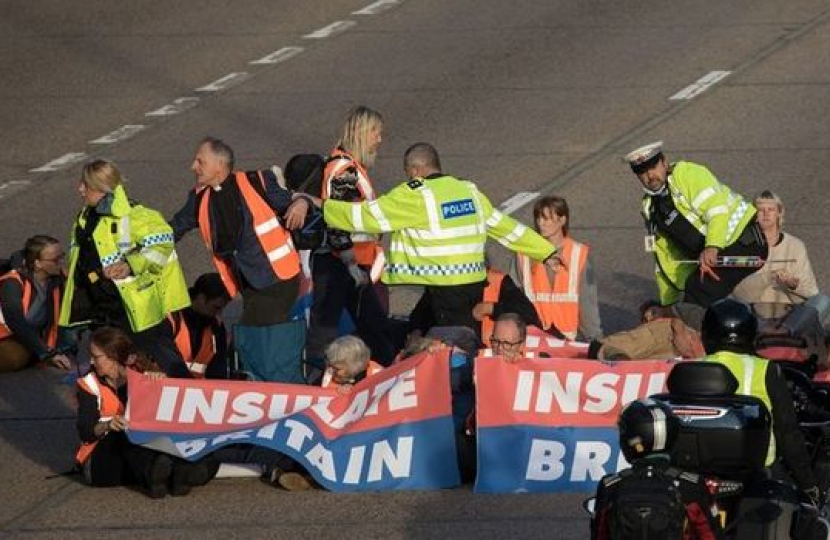 In response to disruptive protests by groups like Insulate Britain,  Alex has authorised the early commencement of Section 137 of the Highways Act 1980 to give the police the powers to respond effectively.

Alex said: "I want to see Britain get greener, and we're decarbonising faster than any other G7 country. But over recent years, certain tactics used by some extreme protesters have caused a disproportionate impact on those seeking to go about their everyday lives.

"These protests have not only been highly disruptive and sometimes highly dangerous - they have also been a drain on public funds. It's right that police are given the powers they need to address this growing problem."