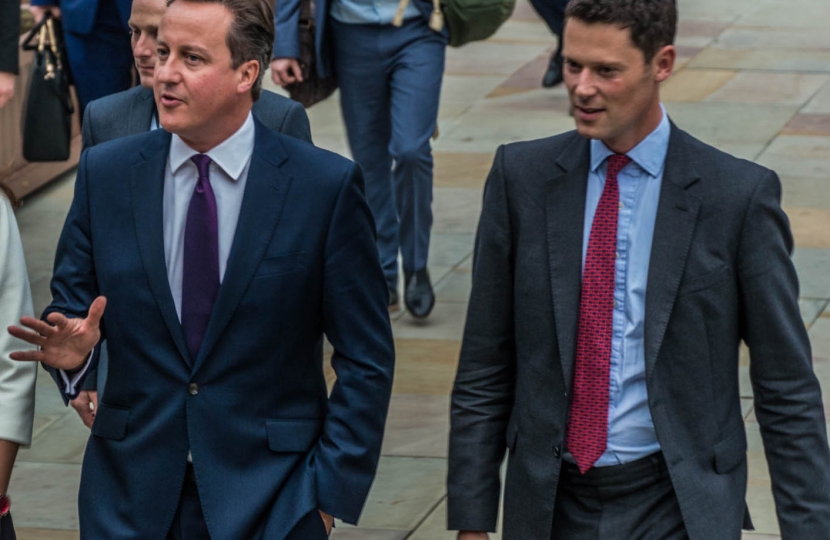 Cheltenham’s MP, Alex Chalk, has signed an open letter to David Cameron calling on the Government to deliver school funding reform which would mean more funding for Cheltenham’s schools. Mr Chalk, together with other MPs working on a cross-party basis, has written to the Prime Minister asking him to implement the funding formula proposed by the F40 campaign group.

Under the current system, the ten best funded areas of England will receive an average grant of ￡6,297 per pupil this year, compared to an average of just ￡4,208 per pupil in the ten most poorly funded areas.

In their letter, Mr Chalk and his fellow MPs said:

“It is widely acknowledged that the existing school funding model is a muddle and that funding for individual schools with similar pupil characteristics is arbitrary and unfair.

“At a time of spending restraint it is more important than ever that funding is allocated based on need.  F40 has come up with a formula which would see the funding cake shared much more fairly.

“We believe this formula can help deliver a solution.  We want the children in our schools to continue to have a broad range of subjects to study, good resources to use, well maintained buildings, reasonably sized classes and excellent pastoral support.  Fairer funding is integral to all of this, and we urge you to deliver it.”

Commenting on the letter, Cheltenham’s man in Westminster said ‘’Since my election as Cheltenham’s MP, I have placed the issue of schools funding at the heart of my agenda. I am determined to secure a fairer funding deal for our town’s schools, which for too long have had to bear the brunt of this arbitrary funding imbalance. Having raised this issue with the Prime Minister at the Party Conference, I have now followed up by signing this joint letter. The sheer number of MPs lining up to sign the letter highlights the strength of feeling on this issue.’’

“The fact that so many MPs have signed this letter on a cross-party basis shows the strength of feeling in favour of school funding reform.  This is about bringing an end to an arbitrary and unfair system ­ it’s not about rural versus urban, or Conservative vs Labour, it’s about bringing order from chaos.  The Government deserves credit for promising to act and now is the time to deliver a rational, needs-based funding settlement.

“At a time when the Department for Education is considering its options, we want the Government to be in no doubt that our constituents deserve swift and comprehensive funding reform to deliver fairness for their children.

“The F40 group has campaigned tirelessly to raise the profile of this issue and has made sensible suggestions about how a new funding formula could be introduced.  In the meantime our campaign is continuing with Parliamentary petitions being coordinated by F40 MPs with the help of local authorities and schools to let people have their say.  We won’t rest until we have delivered fair funding for English schools.”

“The campaign for Fair School funding is at a critical stage.  I hope the Government will note this very substantial support for a fairer system and would urge all MPs who represent the 40 lowest funded authorities to keep up the pressure for change.”