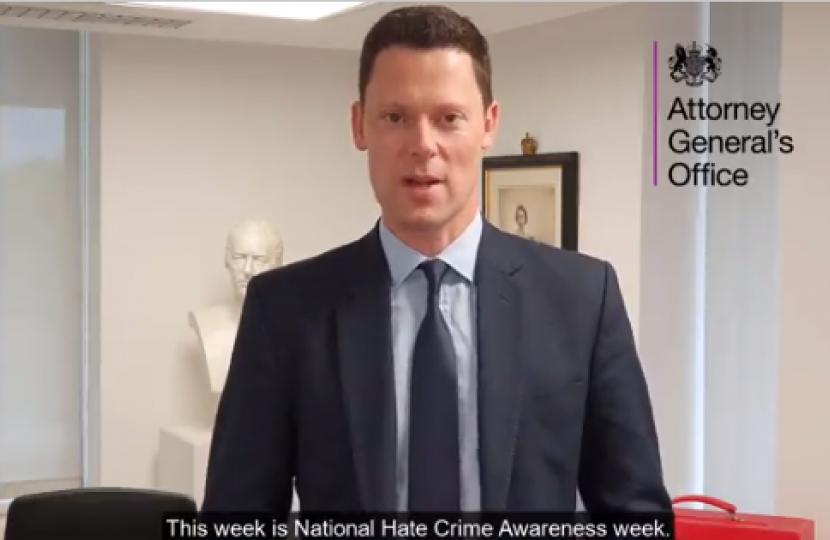 As part of National Hate Crime Awareness week, Alex reiterated the Government's commitment to the progress that has been made since the Hate Crime Action Plan was published in 2016.

Last year, the CPS prosecuted over 10,000 cases of alleged hate crime. Almost 80% of the sentences were increased because the judge agreed the crime was a hate crime.

To go further, the Government instructed the Law Commission to carry out a wide-ranging review to identify any gaps within the current legislation and determine whether sex or gender should be added to hate crime law.

On a temporary basis, police forces have also been asked to identify and record any crimes of violence against the person where the victim perceives it to have been motivated by a hostility based on their sex.

Alex said: "People shouldn’t be living in fear of being targeted simply because of who they are, or who they love. So we're clear that offenders who commit hate crimes should expect to receive a higher sentence.

"Whilst we await the findings of a wide-ranging Law Commission's review, we remain committed to ensuring that those who commit these hateful attacks feel the full force of the law."