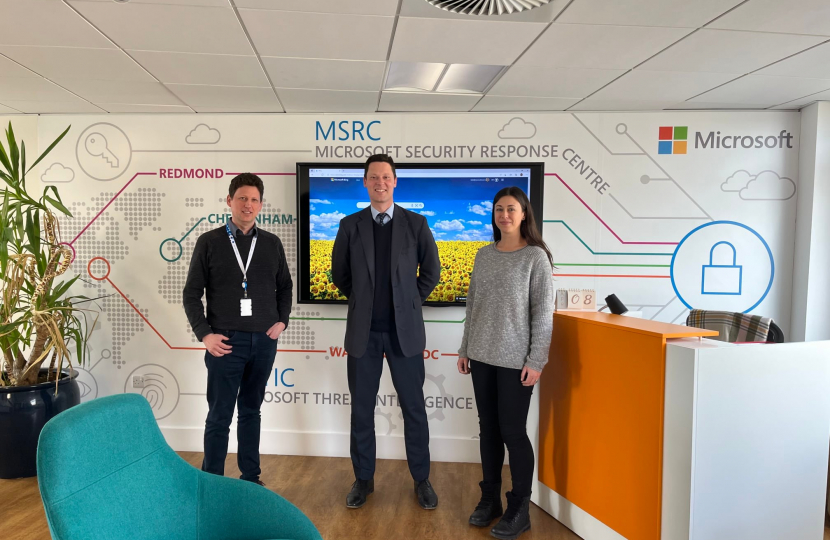 Alex visited Microsoft in Cheltenham to thank them for their contribution to defending Ukrainian organisations against cyber attacks.

From state-sponsored disinformation campaigns to attacks against digital infrastructure, the Cheltenham team is working in consultation with the British Government, the EU, the US, NATO and the UN.

Within three hours of detecting a new round of offensive and destructive cyberattacks against Ukraine in late February (shortly before the invasion), Microsoft in Cheltenham had written signatures to detect the attack and added them to anti-malware.

Alex said: "Here in Cheltenham, many of our friends and neighbours are on the digital front-line. GCHQ and Microsoft continue to protect UK interests from the cyber-attacks that could come our way so it was a privilege to thank staff for their crucial work."