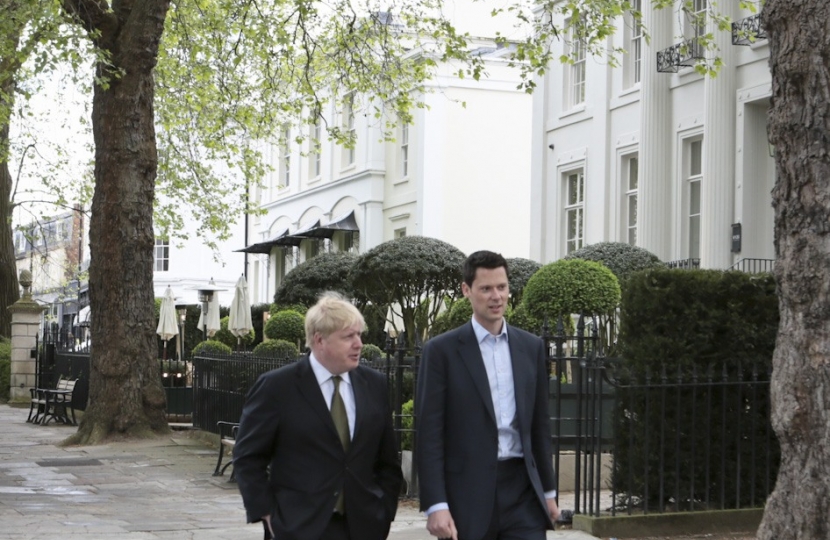 He met with Alex and local government candidates to discuss the major issues for people here in Cheltenham.

Boris was 100% behind Alex’s drive to improve local infrastructure, including better transport links and improved office space.  He was particularly interested in the A417 Missing Link campaign to ease congestion at the Air Balloon roundabout.

Boris (as expected!) emphasised that London is a key driver of the UK economy and welcomed Alex’s efforts to ensure that towns like Cheltenham have better transport links to the capital.

Other topics discussed included the controversial Joint Core Strategy – the plan approved by the Lib Dem Council to build over 30,500 new homes in and around Cheltenham.  Boris commented “I know that local Conservatives here have a very strong agenda to sort out the housing problem, but to do it in a way that is sensitive to the needs of a beautiful, much-loved town, and to make sure it is done as much as possible on brownfield sites.”

Alex commented “It was brilliant to have Boris here in Cheltenham. He was his usual irrepressible self and raised smiles wherever he went. But there was a serious message too: Boris came here to support the Conservatives’ plans to make Cheltenham a true town of opportunity.”