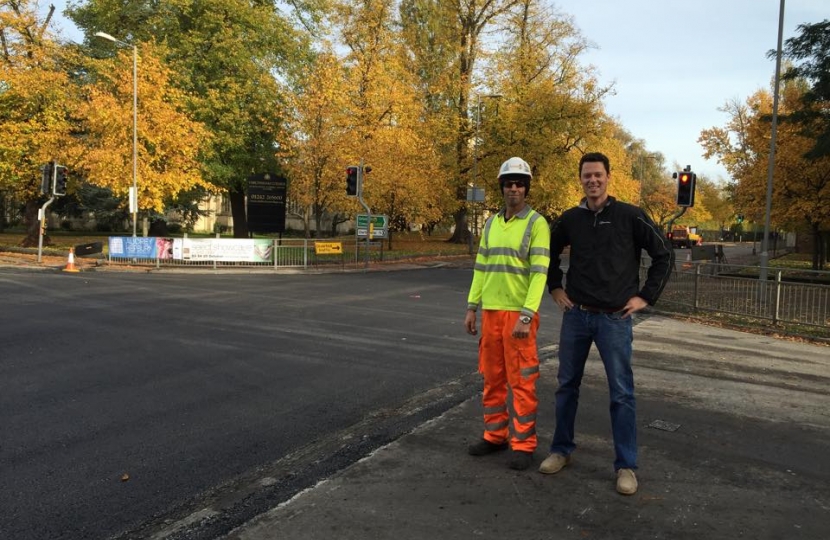 Cheltenham's MP, Alex Chalk, has marked 'National Pothole Day' by calling for Cheltenham to receive a slice of a new £50 million-a-year 'Pothole Fund'.

The creation of the national Pothole Fund was announced by George Osorne at last November's Autumn Statement, and now the town's man in Westminster is banging the drum for Cheltenham to get its fair share of cash for pothole repairs.

His intervention marks the latest stage in Mr Chalk’s pothole campaign. Following his election in May, the town's MP organised a 'Pothole Summit', giving residents the chance to raise their pothole-related concerns directly with the County Council. At the meeting a pledge was secured from Shire Hall to fix the top ten pothole zones in Cheltenham within 28 days. All but one of the areas were repaired within the allocated period, while the final zone - the Bath Road/Suffolk Road junction - being fully resurfaced in October last year.

Speaking following his latest intervention, Mr Chalk said ''Potholes are a long standing bugbear of mine - they are dangerous for motorists and cyclists alike. They are also ugly. Together with Cheltonians I have cajoled the authorities into focusing on Cheltenham and they have made some progress. But we’re not where I’d like us to be. With winter finally arriving, the threat to our roads increases. That's why I will be pressing the County Council to ensure Cheltenham gets its fair share of the new £50 million-a-year pothole fund.''