Cheltenham Awarded £194,514 to Tackle Violence Against Women and Girls and Anti-Social Behaviour 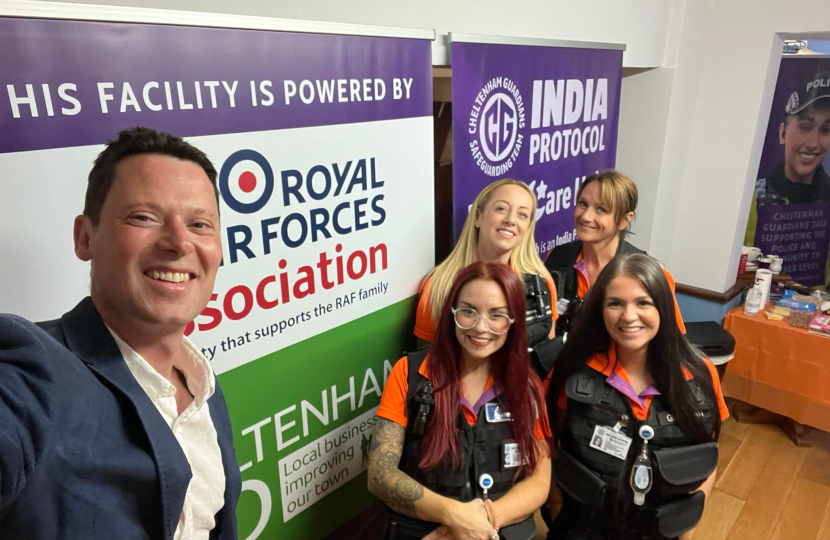 Following lobbying from Alex and Police and Crime Commissioner Chris Nelson, Cheltenham has been awarded £194,514 from the Home Office’s Safer Street Fund.

The funding will be used to tackle violence against women and girls and anti-social behaviour, with more CCTV, better street lights and a Street Drink Worker.

The money will also be used to fund additional training for Cheltenham's Street Pastors and the community group Cheltenham Together.

Alex said: "The safety of women is something I have particularly focused on as Cheltenham’s MP and it was a privilege for me to take the Domestic Abuse Bill through Parliament as Justice Minister.

"So I am delighted that Cheltenham has received £194,514 through the Safer Street Fund, which will deliver necessary measures such as extra CCTV and street lighting alongside engagement projects to change behaviours and prevent crimes being committed across Cheltenham."